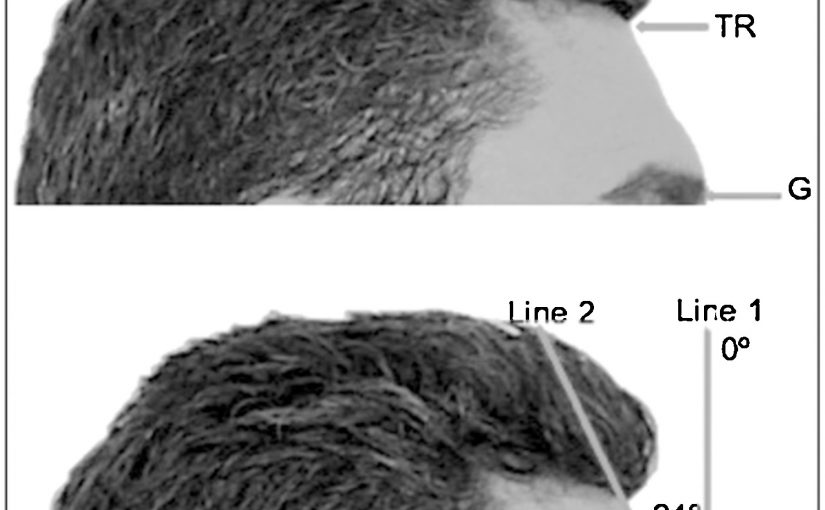 Objective: Impulsiveness has been the subject of much research, but little is known about the possible relationship between craniofacial anatomy and impulsiveness. The present study was designed to investigate the relationship between one aspect of craniofacial structure (the angle of inclination of the forehead) and impulsiveness. Method: Photographs in proﬁle were obtained from 131 volunteers who had been ﬁned for driving at high speed and were undergoing a court-mandated driving license point-recovery course. They completed the Barratt Impulsiveness Scale (BIS-11), the Impulsive Behavior Scale (UPPS-P), and Zuckerman’s Sensation Seeking Scale (V). The angle of the slant of the forehead was measured with a photographic support and a protractor. Results: High positive concordance was found between forehead inclination and 14 out of the 15 impulsiveness factors studied. Conclusions: The angle of inclination of the forehead was signiﬁcantly associated with self-reported impulsiveness in this sample of trafﬁc violators.
Keywords: Craniofacial anatomy; impulsiveness; forehead; BIS-11